This post is the second of a four-part series on polarised discussions in science and how to deal with misinformation. You can find Part 1 introducing the topic here, Part 3 on evolutionary biology here, and Part 4 on dealing with misinformation here.

There is a broad scientific consensus about the reality of climate change and its causes. Readers starting off on this topic have plenty to choose from to get them started, for example Climate Change: What Everyone Needs to Know (Romm, 2015), Climate Change: A Very Short Introduction (Maslin, 2014), or the rather whimsical Ladybird Expert book Climate Change (Juniper & Shuckburgh, 2017). Al Gore thrust the topic into the limelight with An Inconvenient Truth: The Planetary Emergency of Global Warming and What We Can Do about It (2006). For those who want the full picture, there is Climate Change 2014 (IPCC, 2015), the fifth series of reports by the Intergovernmental Panel on Climate Change (IPCC). The IPCC operates under the auspices of the United Nations, and was set up at the request of member 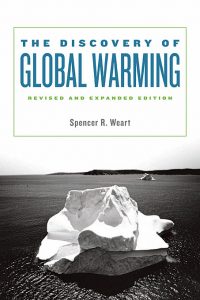 governments in 1988. Global Warming: Understanding the Forecast (Archer, 2011) is an excellent starting point to help readers understand the science behind the assessment reports. Another valuable contribution is The Discovery of Global Warming (2008), written by science historian Spencer R. Weart, one of the few books charting the historical development of climate science.

But the science is only one facet of climate change; this spills over into politics and policy. Despite decades of research by scientists and an expanding body of evidence, the world at large, both its leaders and everyday individuals, seem unable to make much headway in addressing the issue, and unable to agree what the best way forward is. A good starting point analysing this from many sides is The Oxford Handbook of Climate Change and Society (Dryzek et al. 2011). William Nordhaus is one of several economists to have written about policies implemented so far (and their ineffectiveness) in The Climate Casino: Risk, Uncertainty, and Economics for a Warming World (2013). Other books have been written offering explanations as to why we seem unable to act, tapping into psychological and sociological aspects, for example Living in Denial: Climate Change, Emotions, and Everyday Life (Norgaard, 2011), Requiem for a Species: Why We Resist the Truth About Climate Change (Hamilton, 2010), and Why We Disagree about Climate Change: Understanding Controversy, Inaction and Opportunity (Hulme, 2009). And plenty of authors have issued calls to action, ranging in tone from polemic (This 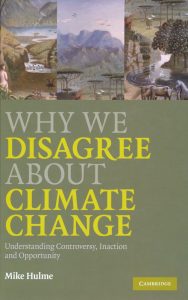 Changes Everything: Capitalism vs. the Climate (Klein, 2014)), to ominous (Storms of My Grandchildren: The Truth About the Coming Climate Catastrophe and Our Last Chance to Save Humanity (Hansen, 2009)) to seemingly fatalistic (Too Late: How We Lost the Battle with Climate Change (Maslen, 2017), Defiant Earth: The Fate of Humans in the Anthropocene (Hamilton, 2017), or Reason in a Dark Time: Why the Struggle Against Climate Change Failed, and What It Means for Our Future (Jamieson, 2014)).

Part of the reason there is still no clear progress is that there is still plenty of scepticism. Broadly speaking, the sceptics belong to one of two groups.

On the one hand there are the ‘reasonable’ sceptics who bring valuable contributions to the debate. These authors do not deny that climate change is happening, but are critical of model predictions (though see A Vast Machine: Computer Models, Climate Data, and the Politics of Global Warming (Edward, 2010) for a good rebuttal of that argument), and the efficacy of proposed policies to address the issue. Good starting points are An Appeal to Reason: A Cool Look at Global Warming (Lawson, 2008), or The Climate Fix: What Scientists and Politicians Won’t Tell You About Global Warming (Pielke, 2010). The latter has also published a short book that is sceptical of the oft-heard claim that climate change will increase natural disasters. His analysis, presented in The Rightful Place of Science: Disasters and Climate Change (Pielke, 2014), concludes that these claims are not borne out by the evidence. 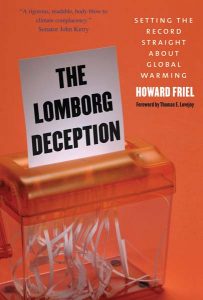 In short, there are simply more people and more property in harm’s way, giving the impression that natural disasters have become worse. Even Bjørn Lomborg in The Skeptical Environmentalist: Measuring the Real State of the World (2001) does not deny the reality of climate change (but see The Lomborg Deception: Setting the Record Straight About Global Warming (Friel, 2010), for a wide-ranging rebuttal of his environmental claims).

In the second group there is a vocal minority of climate sceptics and denialists who claim climate change is being exaggerated (Lukewarming: The New Climate Science that Changes Everything (Michaels & Knappenberger, 2016)), is not borne out by the evidence (Heaven and Earth: Global Warming, the Missing Science (Plimer, 2009), Global Warming – Alarmists, Skeptics and Deniers: 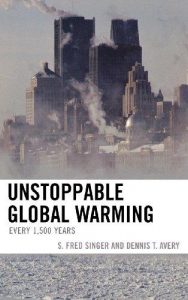 A Geoscientist Looks at the Science of Climate Change (Robinson & Robinson, 2012)), or can be attributed to other natural causes such as long-term natural cycles (Unstoppable Global Warming: Every 1,500 Years (Singer, 2006)) or solar activity (The Neglected Sun: Why the Sun Precludes Climate Catastrophe (Vahrenholt & Lüning, 2015)). Climate Change: The Facts (Moran, 2015) bundles essays touching on these and other objections.

In their 2013 paper, Dunlap & Jacques noted that many climate change denial books (including the ones above) are published by conservative think tanks such as the Competitive Enterprise Institute, the Heartland Institute, the CATO Institute, or the Marshall Institute. Many of these think tanks receive funding from fossil fuel or other corporations, making their neutrality questionable. Though denialist books are now increasingly self-published via so-called vanity presses, Dunlap & Jacques highlight that such books are rarely peer reviewed, allowing authors to make scientifically inaccurate and discredited claims that they can keep recycling, no matter how often climate scientists have already patiently refuted these, or shown them to be logically untenable.

This leads to books on climate scepticism campaigns, as documented in the light-hearted The Madhouse Effect: How Climate Change Denial is Threatening Our Planet, Destroying Our Politics, and Driving Us Crazy (Mann, 2016), Climatology versus Pseudoscience: Exposing the Failed 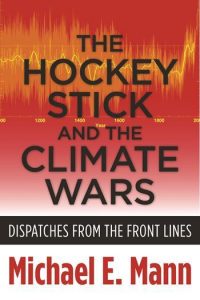 Predictions of Global Warming Skeptics (Nuccitelli, 2015), The Hockey Stick and the Climate Wars: Dispatches from the Front Lines (Mann, 2012), The Inquisition of Climate Science (Powell, 2011), Climate Change Denial: Heads in the Sand (Washington & Cook, 2011), Merchants of Doubt: How a Handful of Scientists Obscured the Truth on Issues from Tobacco Smoke to Global Warming (Oreskes & Conway, 2010), and Climate Cover-Up: The Crusade to Deny Global Warming (Hoggan & Littlemore, 2009).

Within the welter of claims and counter-claims, Michael Mann has, and continues to be, a key protagonist, starting with his famous paper in Geophysical Research Letters that contained a figure showing global temperature change over the past 1,000 years, the “hockey stick graph”. The graph rapidly became an icon in the efforts to undermine the credibility of climate science and the researchers involved (see for example “A Disgrace to the Profession” (Steyn, 2015), or The Hockey Stick Illusion: Climategate and the Corruption of Science (Montford, 2010)). When in November 2009 thousands of emails from the Climatic Research Unit at the University of East Anglia were released during a server hack – an episode that became known as “Climategate” – Mann once again found himself the centre of attention. Snippets from these emails, some of which included correspondence with Mann, were rapidly taken up by popular media, with sceptics arguing they showed global warming was a scientific conspiracy and scientists were manipulating climate data. No fewer than eight committees, both in the US and the UK, investigated these allegations and found no evidence of fraud or misconduct. Mann covers this in his books, but also see The Climate Files: The Battle for the Truth about Global Warming (Pearce, 2006).

One final point worth mentioning on this topic, as often pointed out by climate scientists, is that even if things do not pan out as bad as we feared, given the potentially devastating impact, we should heed the precautionary principle, as laid out in Philosophy and the Precautionary Principle: Science, Evidence, and Environmental Policy (Steel, 2014).

Click here for Part 3, which looks at the discussion surrounding evolutionary biology.