NHBS has been based in Wills Road and Burke Road (named for the explorers of the 1860 Burke and Wills expedition in Australia) in the Devon town of Totnes since 1986. We had long outgrown these warehouse and office premises and had been keeping an eye open for a new building for several years. In January 2014 an ideal building became available and the best news was that it’s just around the corner at 1-6 The Stables in Ford Road (the area that now comprises Totnes’ trading estate was once a racecourse, hence ‘The Stables’).

A photo gallery of move-related images is available on our Facebook page.

This new building more than doubles our storage space to in excess of 1,200 sq m (13,000 sq ft). We’ve outfitted a purpose-built office area, meeting rooms, shower facilities for the dedicated cyclists/runners, a faster data connection, a staff room and kitchen, 600 m of new shelving, a more efficient heating system and a large pallet racking zone for >100 pallets of bulk stock.

After three months of building work the move to this premises was concluded just before Christmas. We had lots of extra NHBS staff on hand and remained fully operational, delivering thousands of gifts during the holiday period.

How did you do this while remaining fully operational in the run up to Christmas? That is a good question…

Why didn’t you move at a quieter time of year?
Surveys and the legal bits took ages. Besides, we have quite a few peak periods throughout the year so there was never going to be a ‘good’ time to do the move.

How does it affect customers?
We’ll have more stock, more efficient picking/packing and even happier colleagues.

How many stock items have been moved?
Depends how you count the small things like test tubes and sampling pots, and components of sets etc. The number we mostly refer to is 140,000 items.

What’s a Mini Bendi?
It’s a species of forklift truck (there a photo of the Bendi in our Facebook Gallery) – we bought one for the move and have two members of staff trained to use it. It means we can make more use of pallet racking to store bulk stock.

“A remarkable addition to the literature of our haunted epoch” – Bill McKibben, author of The End of Nature and Eaarth: Making a Life on a Tough New Planet

“I tore through Elizabeth Kolbert’s The Sixth Extinction with a mix of awe and terror.” – Dava Sobel, author of Longitude and A More Perfect Heaven

“…an important book full of love and loss” – David Quammen, author of Spillover

The Sixth Extinction will be published in February 2014 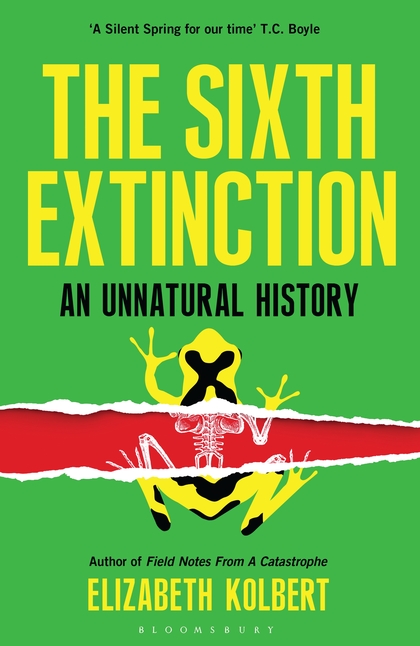 These ten books should see you through even the longest flight or a prolonged lounge on the beach. I’m taking Narwhals and Darwin’s Ghosts on holiday and can’t wait to get started. I hope you enjoy reading this list as much as I enjoyed making it. Leave a comment with your own suggestions for summer holiday reads.

Feral: Searching for Enchantment on the Frontiers of Rewilding

Read this if you think we all need a deeper connection to wilderness and bears roaming our woodlands.

Darwin’s Ghosts: In Search of the First Evolutionists

Gifts of the Crow: How Perception, Emotion, and Thought Allow Smart Birds to Behave Like Humans

The incredibly intelligent corvids – read this if you need some help with your holiday sudoku.

If you haven’t booked all your holiday yet and need some inspiration.

The Species Seekers: Heroes, Fools, and the Mad Pursuit of Life on Earth

The globe-trotting kleptomaniac naturalists whose collections laid the foundations for much of our understanding of biodiversity.

Involve all the family in identifying the wildlife tracks and signs you encounter on your travels.

Meet the mysterious narwhal; creature of myth and legend.

A Sting in the Tale

A passionate story of the bumblebee and inspiring efforts to understand and protect them.

Wild Hares & Hummingbirds: The Natural History of an English Village

An intimate book about the magic of immersing yourself in the annual cycle of your local wildlife.

How to Draw & Paint Birds: Learn to Draw a Variety of Amazing Birds Step by Step 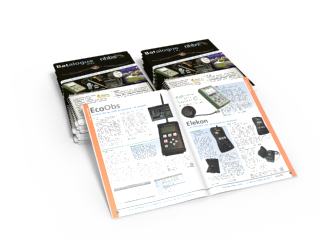 The Batalogue is our annual catalogue of bat detectors and accessories for bat work and bat groups. There are hundreds of products and accessories to choose from, along with detailed specifications and comparison charts.

How to get the Batalogue

“This book cleverly manages to blend personal stories with the natural history of crows and the wilderness of the city in a very entertaining read. No matter whether you’re a naturalist, urbanite, suburbanite or already an urban naturalist, this book will undoubtedly introduce you to some idea you never considered before.” More…

Read the full review of Crow Planet: Essential Wisdom from the Urban Wilderness at The Metropolitan Field Guide. It’s one of our favourite wildlife blogs – an excellent resource on urban wildlife and ecology.

Trees of Panama and Costa Rica

“This is an impressive tour-de-force of tropical plant identification. The lively writing is accessible to nonspecialists, while the broad taxonomic coverage and authoritative species descriptions make this guide useful to professional botanists.” – Brad Boyle, University of Arizona

Richard Condit is a staff scientist at the Smithsonian Tropical Research Institute in Panama. Rolando Pérez is chief botanist and Nefertaris Daguerre is a forest specialist with the Center for Tropical Forest science at the STRI.

Browse the NHBS Catalogue below, or (download as a .pdf document 5.9MB).

We’re offering a free gift to all customers this Christmas.

Order from NHBS before 12th December 2010 and get a FREE set of 4 Luxury Wildlife Greetings Cards (worth £4.99) featuring pictures from Robert Gillmor and Andrew Haslen. Sets of cards will automatically be added to your order when processed by NHBS.

Fifty Plants that Changed the Course of History

From the crops that have fed billions of people over the centuries to the plants highly regarded for their medicinal qualities, this fascinating offering from garden expert Bill Laws unearths the stories behind some of the world’s best-known plants. The plants are assessed by their influence in the categories of edible, medicinal, practical and commerical, allowing the reader to discover how each of the fifty featured plants has earnt its right to be regarded as changing the course of history. Fifty Plants that Changed the Course of History draws upon some fascinating sources from ancient wall paintings to old Japanese wood blocks, depicting traditional methods of harvesting and preparing crops.

Our favourite plant from this book? Coffee

Coffea arabica – black gold. Thought to have been brought to the West by Marco Polo in the 13th Century, coffee is an economic, cultural and social phenomenon without parallel globally… and particularly in the office at NHBS.

Reed and Bush Warblers has just arrived at NHBS.

This detailed and comprehensive identification guide follows in the mould of “Sylvia Warblers” and “Pipits and Wagtails“. It primarily covers the genera Acrocephalus, Locustella, Cettia and Bradypterus together with a few smaller related genera.

Bjørn Lomborg shot to fame with The Skeptical Environmentalist in 2001, a book which generated a great deal of interest from scientists and the media alike. The debate which followed focused on Lomborg’s general assertion that much of what environmentalists claimed was not nearly as bad as they reported. From

pollution to public health, and the extinction of biodiversity to climate change, Lomborg offered analysis to show a better than feared picture. Several books since (e.g. The Lomborg Deception) have taken Lomborg to task over his methods and choice of data, and much has been made, particularly by the climate deniers, of his dismissive coverage of global warming.

Well… following on from The Skeptical Environmentalist, and his later book Cool It, he’s back to answer his critics with a new edited book on our response to climate change. Smart Solutions to Climate Change takes catastrophic climate change as a starting point. “I am saying what I have always said” says Lomborg, “that the climate is a real and important, man-made problem, but that we are

handling it badly”. A panel of authors (economists – including three Nobel laureates) examine a range of policy and technology responses to climate change and suggest we change emphasis – shifting away from a Kyoto/Copenhagen focus on reducing emissions, and instead invest $100 billion in new technology funded by a carbon tax.

This is an in-depth and fairly technical read, but thought provoking and accessible. No matter what your views on Lomborg, he is now addressing what many see as a looming reality – that we are not making anywhere near enough progress in responding to climate change, and that even building on what’s already been started will not fix the problem.