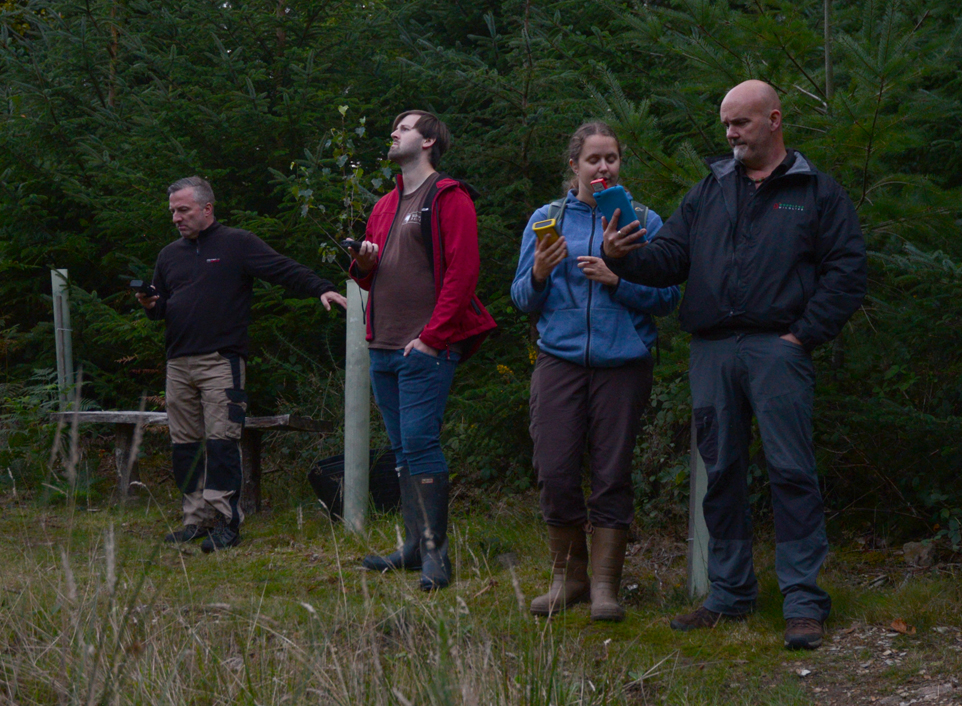 The weekend of the 29th-30th August was the 24th International Bat Night. Organised by Eurobats, this annual celebration of bats saw events taking place all around the world in an effort to educate and inspire people about these fascinating flying mammals.

To mark International Bat Night, a small team from NHBS ventured out to an area of local woodland with a selection of bat detectors. The site we visited has been managed for the past two years by Steve and Tamara Davey, with the aim of maximising biodiversity. They are also ensuring the continued provision of habitat for certain species including seven recorded bat species, Nightjars and Woodcock. (Read more about how they are supporting nature in our recent interview or on the Woodland Wildlife website). 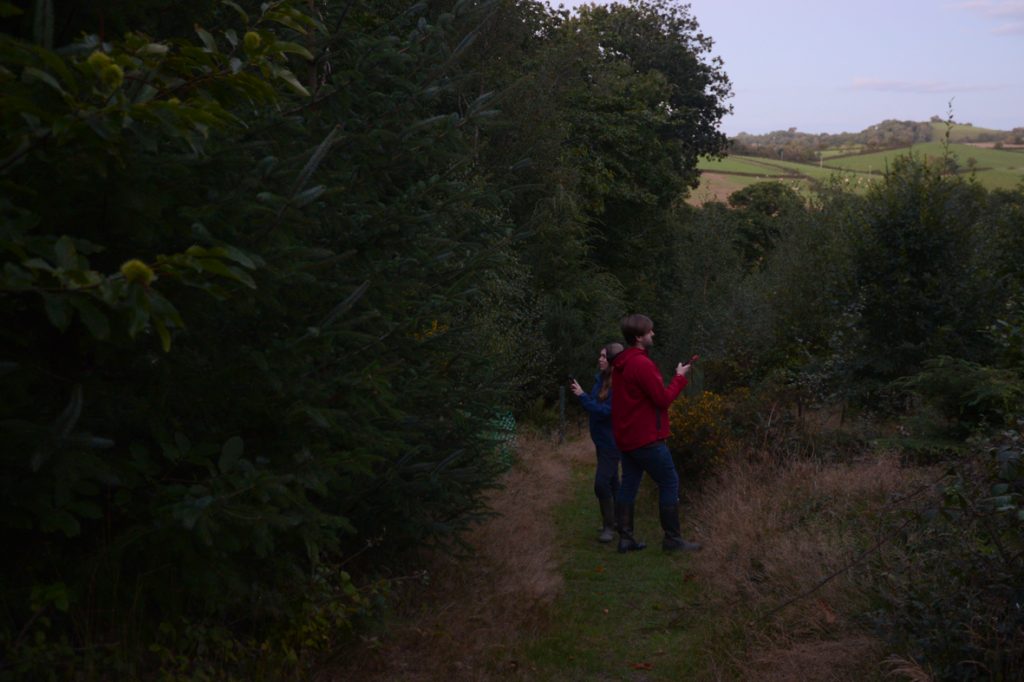 We arrived at the woods just before 7pm and were treated to a brief tour of the woodland as the light faded. Steve showed us the areas where the conifer plantation had been thinned, allowing more light to enter. In these areas there have already been increases in native plants and there were many seedlings present from native trees. He also showed us where he had planted a hedgerow boundary, with the intention of creating more commuting corridors for both bats and other wildlife. The second part of the woodland consisted of immature sitka spruce trees, some of which have now been cleared to make way for native trees, shrubs and plants.

In the two years that Steve and Tamara have been managing the site, the biodiversity of the plot has increased and the area is abundant with birds, small mammals and insects. Following advice from the Devon Greater Horseshoe Bat Project, they have also created three ponds, and this is where we spent most of our time on International Bat Night. 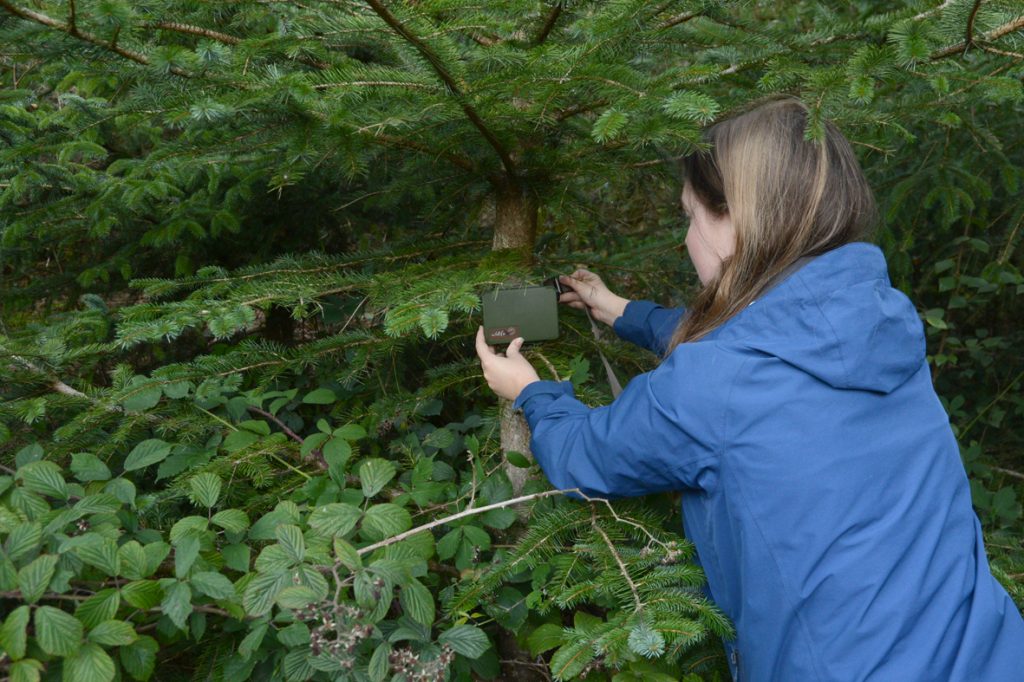 We used a selection of bat detectors including the Song Meter Mini static recorder, which was useful as it could be left to record while we kept our eyes on the skies watching bat movement and behaviour. We also used some handheld detectors including Magenta Bat 5s, an Anabat Scout and an Echo Meter Touch 2 which was extremely popular with the group due to the visual representation of the sound along with the incredibly useful auto-ID function.

During the evening we detected common pipistrelles, soprano pipistrelles, Noctules and Leisler’s as well as a suspected Nathusius’ pipistrelle and a Barbastelle that are awaiting ID confirmation from recorded files. Although the night was chilly, there were lots of moths and other flying insects that the bats were feeding on, and we enjoyed listening to pipistrelle feeding buzzes and watching them hunt and catch insects above us in the tree canopy. 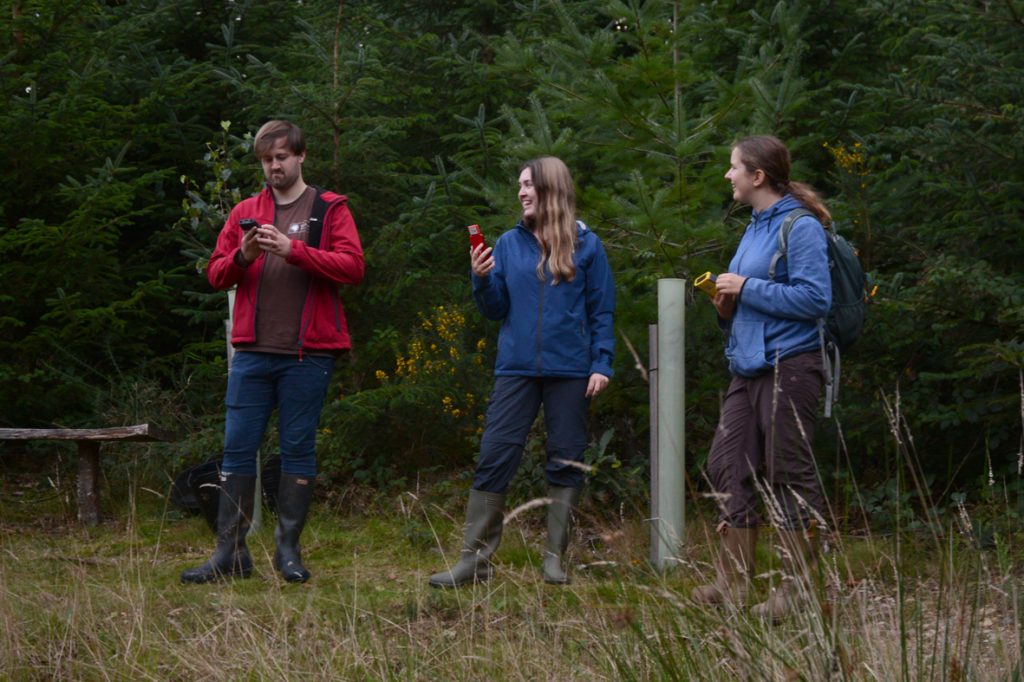 The evening was extremely enjoyable and it was a great opportunity to see the work that Steve and Tamara have been doing on their land. The range of bat species we heard is testament to the quality of habitat that they have created and it was a great place to celebrate the 2020 International Bat Night.