Aim
Recording bats and their behaviour around roost entrances can be extremely useful for a number of reasons: as evidence to present to a client, to demonstrate or test for a change in behaviour during or after mitigation, and as a back-up system to record the presence of the quieter bats like the brown long-eared. We tested two night vision systems at a lesser horseshoe maternity roost. 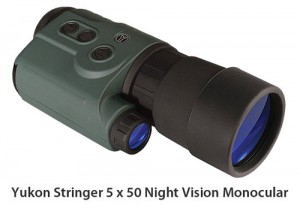 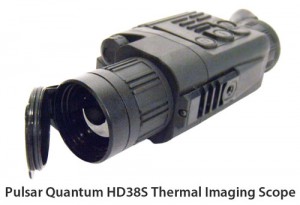 We set up two very different night vision video recorders on tripods near the entrance of a large lesser horseshoe roost near Totnes, Devon. The first was the Yukon Stringer 5 x 50 Night Vision Monocular, a very reasonably priced Generation One night vision device with a built-in video recorder. The second was the Pulsar Quantum HD38S Thermal Imaging Scope, a thermal imaging camera with a 30 Hz refresh rate coupled with a Yukon MPR Mobile Player / Recorder. Both were used to film bats as they emerged from the roost entrance and as they flew around the garage within which the roost entrance is sited.

Results
The two videos below demonstrate close-up and distance footage from both the Yukon Stringer and the Pulsar Quantum: 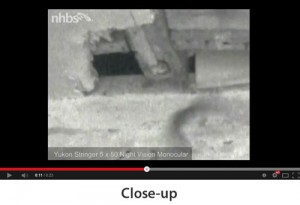 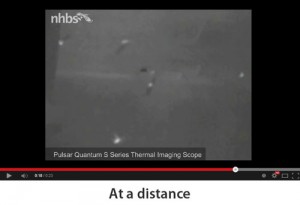 Image Quality: The Pulsar Quantum produced some very high quality video that was clear and easy to interpret. The results from the Yukon Stringer are slightly less clear but are still of sufficiently high quality for most purposes.

Usability: The Yukon Stringer does have a much narrower depth of field and due to the fixed zoom it proved very hard to get any decent footage of the bats flying around within the garage space.

Battery Life: The only drawback was the short battery life of both the Quantum and the Yukon MPR Mobile Recorder. To get round this we used the EPS5 External Battery on the Pulsar Quantum and changed the batteries of the Yukon MPR regularly – not the ideal solution but the cheapest way we know of to get some really impressive thermal imaging video.