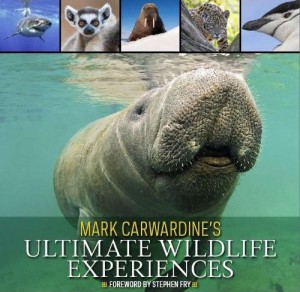 ‘Ultimate Wildlife Experiences’ is the new book from Mark Carwardine: zoologist, conservationist, award-winning writer, TV and radio presenter, widely published wildlife photographer, best-selling author and columnist and wildlife tour leader. Carwardine’s last account of world wildlife travel – 2009’s Last Chance to See: In the Footsteps of Douglas Adams – found him teaming up with Stephen Fry to retrace the steps of Carwardine’s 1980 journey with Douglas Adams in search of some of the world’s most endangered animals.

His new book – with a foreword by Fry – is a product of his lifetime’s experience of wildlife encounters around the world and introduces 20 extraordinary adventures including catching sight of the rare spirit bears of Canada’s Great Bear Rainforest, navigating the hostile world of the Komodo dragon in Indonesia and finding favour with the curious and friendly Florida manatees.

Two of Carwardine’s classic marine wildlife guides are now available from NHBS at nearly half price:

On the Trail of the Whale

These ten books from JHUP have been – and continue to be – bestsellers at NHBS, and they are all on special offer at 35% off this June:

Ecological and Behavioral Methods for the Study of Bats

First published in 1988, “Ecological and Behavioral Methods for the Study of Bats” is widely acknowledged as the primary reference for both amateur and professional bat researchers. Only one group of mammals includes more species than bats. Bats live on every continent except Antarctica, range from deserts to tropical forests to mountains, and their activities have a profound effect on the ecosystems in which they live.

The Biology of Small Mammals

The first exploration of the lives of small mammals undertaken in decades. Mammalogist Joseph F. Merritt offers an engaging, in-depth discussion about a diverse array of small mammals, from the rare Kitti’s hog-nosed bat of Southeast Asia to the bizarre aye-aye of Madagascar to the familiar woodchuck of North America.

The sixth edition is 24% longer, and the number of separate genera has increased by 75 – among them, three remarkable large ungulates recently discovered in the forests of Indochina. New also is a full account of the woolly mammoth, now known to have survived until less than 4,000 years ago.

Walker’s Bats of the World

Introduction by Thomas H. Kunz and Elizabeth D. Pierson. The first single segment of the leading reference workWalker’s Mammals of the World to become available as a separate volume. It is a complete guide to this varied order of mammals and includes scientific and common names, as well as the number and distribution of species, measurements and physical traits, habitat, daily and seasonal activity, population dynamics, home range, social life, reproduction, and longevity.

The Rise of Amphibians: 365 Million Years of Evolution

For nearly 100 million years amphibians and their ancestors dominated the terrestrial and shallow water environments of the earth. Archaic animals with an amphibious way of life gave rise not only to modern frogs, salamanders, and caecilians but also to the ancestors of reptiles, birds, and mammals.

Tucked into one of the most beautiful and conflicted regions of the world are the last of the mountain gorillas. These apes have survived centuries of human encroachment into their range and decades of intense conflict and violence. The remaining 720 mountain gorillas exist in a fragile habitat, nestled in an area torn by human interests and needs for land, water, and minerals.

Dragonfly Genera of the New World: An Illustrated and Annotated Key to the Anisoptera

Dragonfly Genera of the New World is a beautifully illustrated and comprehensive guide to the taxonomy and ecology of dragonflies in North, Middle, and South America. A reference of the highest quality, this book reveals their striking beauty and complexity. Although Odonata – dragonflies and damselflies – are among the most studied groups of insects, until now there has been no reliable means to identify the New World genera of either group.

Damselfly Genera of the New World: An Illustrated and Annotated Key to the Zygoptera

In this companion volume to “Dragonfly Genera of the New World”, Rosser W. Garrison, Natalia von Ellenrieder, and Jerry A. Louton provide a comprehensive, fully illustrated guide to the damselflies of North, Central, and South America. Damselflies are more diverse and harder to identify than dragonflies.

This acclaimed textbook is the most comprehensive available in the field of forest ecology. Designed for advanced students of forest science, ecology, and environmental studies, it is also an essential reference for forest ecologists, foresters, and land managers.

The first edition of Frans de Waal’s “Chimpanzee Politics” was acclaimed not only by primatologists for its scientific achievement but also by politicians, business leaders, and social psychologists for its remarkable insights into the most basic human needs and behaviors. Twenty-five years later, this book is considered a classic.

View the list of special offer books as a web page

*Does not include the forthcoming titles, Chicken, Wolf, Trout and Sparrow

We think these are the perfect gift for the wildlife enthusiast – there are over 40 books in the series so far, covering mammals, birds, insects and fish… not to mention the odd crustacean and mollusc! Each book in the series takes a different animal and examines its role in history around the world. The importance of mythology, religion and science are described as is the history of food, the trade in animals and their products, pets, exhibition, film and photography, and their roles in the artistic and literary imagination.

“Part cultural history, part folklore, part history of science and reference books, these works gracefully traverse time, place and disciplinary approaches to explore a single animal’s place in human history. Replete with images and written in an accessible style, they are sure to appeal to a range of audiences.” – British Journal for the History of Science

The winners have now been announced for the 2009 Wildlife Photographer of the Year competition – the most prestigious event of its kind. The overall winner is Jose Luis Rodriguez of Spain with his spectacular photograph The Storybook Wolf. 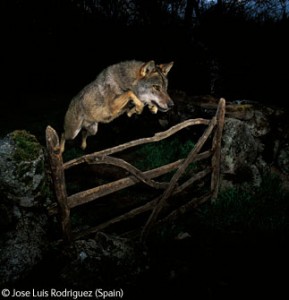 View some of the winning images from this year’s competition

The companion book Wildlife Photographer of the Year, Portfolio Nineteen will be published this month. Get your copy today – and save £4!